The old woman, knew a picture of the child standing next to the pony, would be adorable.

Karen trusted her Grandmother completely but she was still scared.

“Stand next to her like this, Karen. There’s no need to be afraid.”

The pony kicked Grandma in the arse while the young girl laughed her’s off . 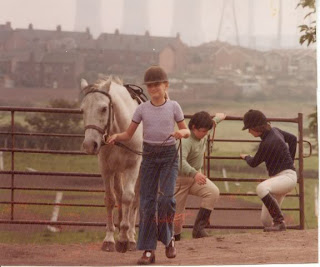 This post is a little fiction and a little true story. I hunted high and low for the pic I was referring to but I think my Mum has it. Thanks to Missy for reminding me of the above pic (which I used instead). It was taken after my first riding lesson. So began my love of horses.


Flash Fiction - Each Friday, I compose a short story of 55 words - no more, no less. If you would like to join in the fun and games... post your story and report to the boss -G-MAN. If you're not interested in contributing a story, feel free to read the other entries. I'm sure any comments you have would be appreciated.

The first time they talked, her heart skipped a beat.
Something about him, made her complete.
He belonged to another but still wanted her.
Conflicting emotions, her mind a blur.
She turned to another to dull the pain.
Her heart objected again and again.
She acknowledged her heart, lost her fear.
Sweet surrender, choices clear.


Flash Fiction - Each Friday, I compose a short story of 55 words - no more, no less. If you would like to join in the fun and games... post your story and report to the boss -G-MAN. If you're not interested in contributing a story, feel free to read the other entries. I'm sure any comments you have would be appreciated.

Our good friend DR JOHN passed away a couple of days ago after being ill for some time. I will miss his sense of humour, kindness, 55's and most of all...his pictures of Ella the elephant, which always made me giggle. In the last few sentences of his final post on Tuesday, he referred to his life as a soap opera which he would call - "Life Goes On Anyway". Very true, life does go on but you will be sadly missed.
Posted by KB at 13:04 2 comments:

She used to spend hours online. Her habits changed as she found more value in herself and her new life. Along comes Buzz; she tries to ignore it and continue with her writing but the little icon calls to her from her inbox, “Check me out, you may miss something important.” BE AFRAID…BE VERY AFRAID 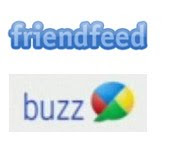 A new service from Goggle to compete with Twitter and Facebook. Me thinks I may have to move it out of my inbox and hide elsewhere. Way too accessible for a former internet junkie like me :)

Flash Fiction - Each Friday, I compose a short story of 55 words - no more, no less. If you would like to join in the fun and games... post your story and report to the boss -G-MAN. If you're not interested in contributing a story, feel free to read the other entries. I'm sure any comments you have would be appreciated.

Email ThisBlogThis!Share to TwitterShare to FacebookShare to Pinterest
Labels: Flash 55 - Buzz Off

I posted the following entry last year but wanted to re-post as today is Waitangi Day. I'm lucky enough to have the day to chill out but Steve has to work. Will be watching NZ play in the Rugby Sevens later. They are top of the table so far and I'm pretty confident they will be staying there for a while. Woohoo!


Captain William Hobson arrived in the Bay of Islands in 1840 to make a treaty with the Maori chiefs on behalf of the British Government.

On February 6th 1840, 42 chiefs signed the Treaty in front of the Residency of Waitangi. Copies of the Treaty were carried around the country and by September, over 500 chiefs had signed it.

The Treaty is an agreement between two peoples to live and work together as one nation. However, debate still continues to this day in NZ over the Treaty's interpretation.

THE BEACH WHERE THE CAPTAIN LANDED 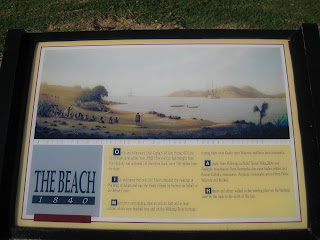 HASN'T CHANGED MUCH HAS IT? 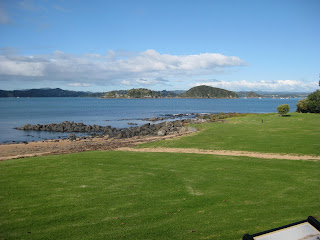 A FLAGSTAFF WAS ERECTED AT THE PLACE THE TREATY WAS SIGNED 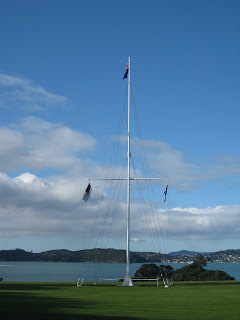 COPY OF THE TREATY OF WAITANGI 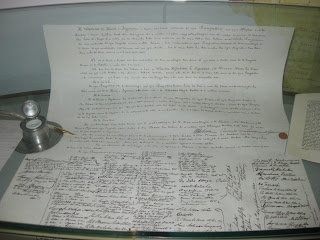 Email ThisBlogThis!Share to TwitterShare to FacebookShare to Pinterest
Labels: Treaty of Waitangi

ATTRACTIVE FEMALE LOOKING FOR COMPANIONSHIP. I enjoy walks on the beach, cuddles, good food and lounging around in bed. I speak my mind and if I don't like you, you'll know about it. My dislikes include; people telling me what to do, where to go and when to be quiet.


N.B. Thought I'd add a little note after reading some of the comments. Coco was barking this morning. I couldn't see what the fuss was about so I told her to be quiet. The look on her face was priceless...almost as if she was thinking, "Why does Mum tell me off for barking? I am a dog after all." Looked like she was ready to pack her bags. LOL. Don't worry, she's not going anywhere and we love each other to bits.

Flash Fiction - Each Friday, I compose a short story of 55 words - no more, no less. If you would like to join in the fun and games... post your story and report to the boss -G-MAN. If you're not interested in contributing a story, feel free to read the other entries. I'm sure any comments you have would be appreciated.Happy reading and writing!
Posted by KB at 11:06 14 comments:

Email ThisBlogThis!Share to TwitterShare to FacebookShare to Pinterest
Labels: Flash 55

This week's prompt for Carry ON Tuesday is:


Life is a ticket
to the greatest show on earth


Follow the link to read my contribution -  The Greatest Show On Earth.
Posted by KB at 08:25 2 comments:

Email ThisBlogThis!Share to TwitterShare to FacebookShare to Pinterest
Labels: cot

Here's this week's picture and my version of the story to go with it. 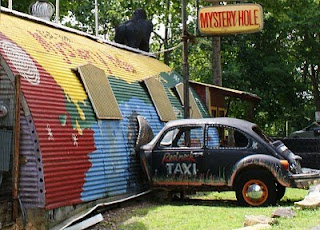 Bill stared at the sign in disbelief.
"Was the mystery how they knew we'd crash or where we'd leave the hole?"

A couple of dog stories have been in the news in NZ this week.

A five year old girl was taken to hospital after being attacked by 2 pit-bull terriors. The girl and her Dad were visiting a neighbour. The dogs were playing nicely with the girl until she fell over and was then attacked by both dogs. Sources say the dogs were well socialised, healthy and well looked after. The girl received 20 stitches to her face and is doing as well as can be expected. Both dogs have been destroyed.

Many people want 'dangerous dogs' banned in New Zealand. I can understand this reaction but as far as I am concerned any dog has the potential to become a dangerous dog. How do we decide which breeds are dangerous? I own a Cocker Spaniel and I love her dearly. I know she would never hurt me but she is an animal with animal instincts and I'm sure that given the right circumstances, she could do some serious damage to another. I'd like to think she'd only hurt somebody in my defence but how do we really know what makes dogs turn?

This next story had me in tears. Thirty three dogs (many of them puppies) were massacred a couple of days ago. Apparently, one of the dogs had killed a neighbours dog. The said neighbour convinced the owner of the 33 dogs (under duress) that the dogs must be killed.

Dogs may be killed in rural areas in NZ under certain circumstances but it must be a 'clean kill'. This was obviously not how it was done in this case. Surrounding neighbours reported hearing the dogs screaming in fear. The SPCA reported that the amount of blood covering the ground showed that many of the dogs had tried to move after being shot and there was enough ammunition used to kill many more animals.

Why someone would have so many dogs is beyond me but the Police and SPCA said they had never received any complaints regarding the dogs and they appeared to be well cared for.

A decision will be made soon as to what charges will be laid. As far as I know, the maximum a person can receive here for animal cruelty is 3 years in prison. I can understand why the man concerned would be upset over having his own dog killed but what he did was barbaric and totally out of line. If anyone did such a thing to my dog, I would stick his gun down his throat and shoot his balls off. I wouldn't really but you get the general idea.