What Will Become Of Mila The Elephant?


I've been following the story of Mila the elephant for several days. She is a 39-year-old African elephant who recently killed her caregiver, Dr Schofield.  The doctor was a vet and owner of Franklin Zoo.

The details of the death are still unclear as stories appear to vary. One version states Mila received an electric shock from her fenced enclosure and charged Dr Schofield as she tried to calm her and another says the elephant misinterpreted the instructions given to her and crushed Dr Schofield.

Mila was born in Africa and resided at two different zoos before spending 30 years of her life in a circus. When she was retired, she was sent to Franklin Zoo and remained in the care of Dr Schofield for two years. The doctor was working on a plan to send Mila to an elephant sanctuary to live out the remainder of her years.


There are also conflicting reports as to why Mila killed her caregiver. I am shocked but not surprised when I hear stories of this nature. Mila is a wild animal after all, not a pet. Elephants are not solitary animals and although she has been cared for, she has been confined and performing tricks for humans without contact with any elephants for a very long time.


Authorities have yet to determine the fate of Mila. In my opinion, this tragedy will only be intensified if the elephant is destroyed. Mila still has a place waiting for her at the elephant sanctuary. I'm hoping Dr Schofield's wishes will be carried out so Mila can spend her remaining years with her own kind and hopefully rediscover what it's like to be an elephant again.
Posted by KB at 12:27 3 comments:

Our recipe for this week is...Simply Delish Mini Meat Pies and Pasties. 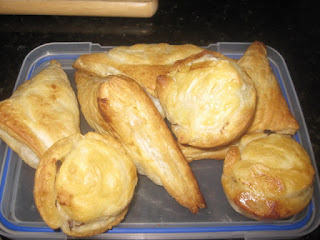 Not much else to report for today but all is good.

I've had a cold for the past couple of days so I've been taking it easy. 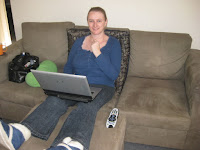 I've been writing poetry...sitting 3rd in the Helium Poetry Contest at the moment.

I've also been getting stuck into... Under The Dome by Stephen King, 300 pages down and still over 500 to go. Love it!

I have my last CBT session tomorrow and I have mixed feelings about it. I've gone from not looking forward to them to really enjoying the sessions and I've come a long way in six weeks. I know it's time for me to put more of what I've learnt into place and I'm looking forward to that but I'm kinda sad to be finished too. My anxiety and stress levels have come down so much in the past few weeks and I've been sleeping better. I feel like I'm me again. It's a great feeling.

Looking forward to a few days off with Whitesnake too.
Righto, that's me up to date, hope you are all well. I'm going to head over to Helium to find a topic to write about.

This brave chocolate lab is staying with a dog which has just been run over.

Animal shelter staff have named her Grace. They say she looks well cared for but she has been put up for adoption as nobody has come to claim her.

Source:nydailynews.com
Posted by KB at 15:34 5 comments:

Teaser Tuesdays - Under The Dome by Stephen King

Teaser Tuesdays is hosted by the lovely MizB of Should Be Reading.

Grab your latest read, open it up and share two sentences from the page. Easy as that. Don't forget to link back to MizB and share the title and author of your book so others can add to their TBR (to be read) list if they wish.

Her eyes were wide, but there was no panic in them, only bewilderment. There was no time for panic.


Feeling a bit blah the last few days mood wise but there's still a lot going on I suppose. Whitesnake has started his new job and all is going well there. House is still on the market, no offers as yet but some interest. Have had three session of CBT so far. Felt on a real high when I left the session last week as I felt I was making a lot of progress but since then, been feeling a bit unmotivated. I have homework from the session each week and I haven't completed any so far. Perhaps I shall go and do that now and see how I feel after.