Having a lovely day with my man. Cooked a heart friendly recipe of Creamy Scrambled Eggs with Smoked Salmon for our Valentine's Day brunch. ﻿
﻿﻿

It's a dog's life

Coco's had a big day. She's been for a walk, smelled a couple of dog butts at the park and had lots of cuddles from Grandma and Grandad. 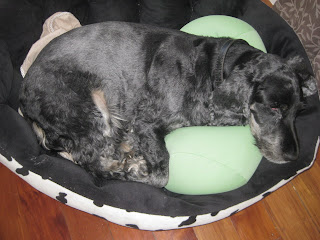 Symptoms of diabetes in dogs

Diabetes in dogs is on the rise, but don't panic, the symptoms are similar to diabetes in humans and can be managed if diagnosed early.


The most common type of Canine Diabetes is Diabetes Mellitus. This is caused by a lack of insulin which plays an important part in the body's sugar metabolism. Diabetes Insipidus, is a lack of vasopressin which controls water resorption by the kidneys. Diabetes Mellitus can be categorised as Type 1 or 2, most dogs will fall into the Type 1 category, which will require insulin as treatment.

The third type of Canine Diabetes is Canine Gestational Diabetes. This happens when a female dog is pregnant and her body does not produce enough insulin or cannot use the insulin it produces correctly. The symptoms are the same symptoms as Diabetes Mellitus. Treatment is a variation of diet and exercise and in some cases insulin injections. Gestational Diabetes is a result of the pregnancy and in most cases, symptoms will cease after the dog gives birth.

Diabetes is basically caused by a lack of insulin.Normally, the pancreas manufactures its own insulin. Insulin is needed in order for the body's cells to accept glucose. Glucose is a sugar which is needed to provide fuel for energy. When the pancreas isn't functioning properly, it stops the production of insulin. This leaves your dog feeling tired and lacking energy.

EARLY WARNING SIGNS: If your dog is experiencing increased thirst, frequent urination and eating more while appearing to lose weight, they may be suffering from diabetes.

INCREASED RISKS: Diabetes may be hereditary or result from obesity and a poor diet. Middle aged to older dogs are more prone. Certain breeds appear to have a higher risk: Poodles, Daschunds, Cocker Spaniels and Beagles.

Many of the symptoms of diabetes can be confused with other health problems. If you suspect your dog has diabetes, it’s important to take them along to your local vet. Not only for your peace of mind, but for the comfort and safety of your pet. The veterinarian can do a simple blood test to confirm your suspicions. Diabetes can be managed with insulin, exercise and an appropriate diet. With a lot of love and a few lifestyle changes, your beloved dog can live for many more years to come.

Here a few random pics we've taken through the week. Enjoying a drink on our front deck and the others were taken this morning during our daily walk to the park. Hope you enjoy. 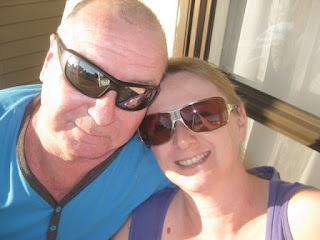 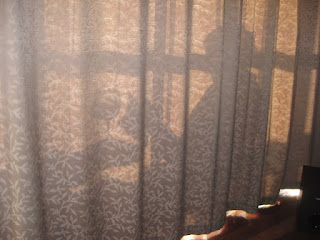 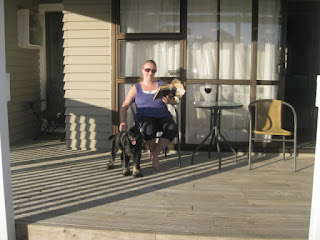 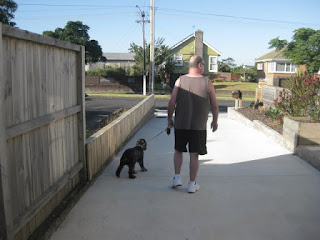 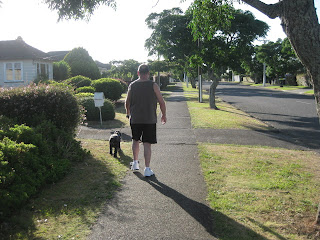 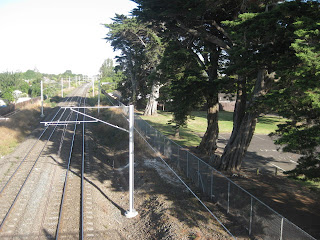 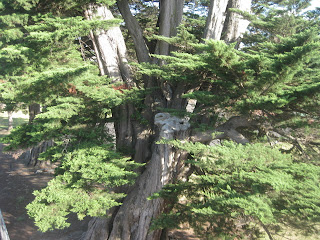 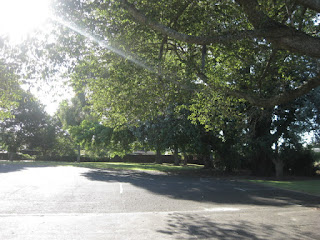 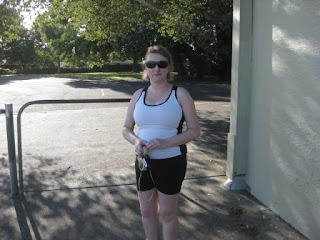 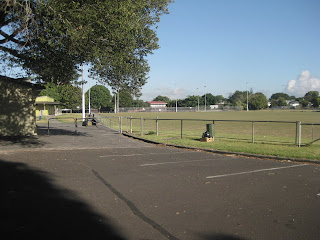 Whitesnake and I have gained a little weight during the past year so we've been cooking healthy versions of our favourite dishes. A couple of nights ago I cooked a delish Chicken Curry. Follow the link to our joint blog for the recipe.

Here are some of the addiction warning signs:


Regularly engaging in the activity longer than you originally intended.

Using the activity on a regular basis as a way of escaping from problems.

The activity is causing stress in your relationships.

Feeling upset or moody when trying to stop or reduce the activity/substance.

Thinking a lot about the activity and anticipating the next session.

Having these symptoms doesn't necessarily mean a person is addicted but often a habit can become an addiction if warning signs are ignored. It becomes a problem when a person cannot control how they use a substance or take part in an activity and need the substance/activity to cope with daily life. With a habit a person is in control of choices but with an addiction, that control is lost. If a person has concerns, it's worth doing something about the problem in the early stages, rather than realizing too late that addiction has taken hold.

This can be a problem as many people who are addicts don’t realise it. When a behaviour is practiced or a substance is taken on a regular basis, the addict can be unaware of the problems that the addiction is causing. For example, a person who is addicted to alcohol may become so used to feeling tired and unwell in the mornings, that they put it down to not being a morning person rather than realising they are having withdrawal symptoms. This explains why some people do not realise they are addicted for many years, continuing to practice addictive behaviours and relieving withdrawal symptoms.

Often addicts try to justify the behaviours being used and deny the effect these behaviours are having on relationships, health and work. In some cases others are blamed instead. Once an addict can admit there is a problem, half the battle is won. This is not often the case and an addict has to suffer a trauma such as a relationship breakup, job loss, health issues before a problem is acknowledged.

When this happens, help needs to be sought. Recovering from an addiction is difficult to achieve alone. Support can be found from family, friends, health professionals and other addicts.
Posted by KB at 15:09 1 comment:

It's Waitangi Day here, which is a public holiday for New Zealand. We are enjoying lovely sunshine after a day of rain yesterday. This morning we went to the local shopping centre, but it was a little too crowded and hot for my taste, we didn't stay long. Now it's time for a cup of decaf, while sitting outside at our new table and reading a  good book.

Hope you're enjoying your day/night.

The importance of quality customer service


It is pointless to offer the best product at the most reasonable price to a customer unless you can also provide excellent customer service. If a potential customer is given poor service, they may stay with the business, but they will tell their friends and family about the lack of service provided to them. Word of mouth is a great way to ruin or build a business reputation. If the customer receives bad service on more than one occasion, they will undoubtedly leave immediately or as soon as a better deal comes along.


The key to providing excellent customer service is training, consistency and follow up. All members of staff who deal with customers should have the same training on procedures. If a potential customer makes contact and is dealt with by the least knowledgeable person on staff, they may not be impressed with the service even though all the other staff are well trained. Consistency is important as first impressions count.


If a customer has a complaint, this is another opportunity to make a good impression. Many customers will stay with a business they have a history with if their complaints and inquiries are dealt with in an efficient manor. If an inquiry or complaint is left unanswered, some customers will simply leave and look elsewhere. It is not their responsibility to chase up after the business that is supposed to be looking after them after all.

Customers, who are treated with respect and feel happy when they have dealings with a company, will return with repeat business. A good relationship must be established with the customer. If they feel angry and unheard, they will most likely look for another place to take their business. Going the extra mile for a customer will ensure the customer remembers how helpful the staff where and ensure they think of the business next time they need a product or service the business provides. Also telling their friends about the experience is a great way to reach potential new clients. Word of mouth is an inexpensive way of advertising and a good service story spreads quickly.

Providing quality customer service will guarantee happy customers who will return again and again and spread the good word, ensuring success and growth for the business.
Posted by KB at 15:22 No comments:

Here are my excuses for not blogging recently...

I'm enjoying filling up our new house with lovely things and making it our own.

We're planning our wedding for March this year. 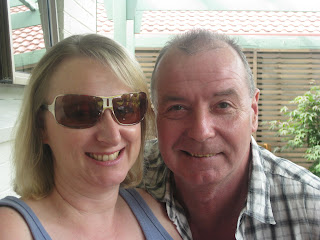 We're planning our Honey Moon for April this year.

I was asked by Helium to join Sears Fitness Writers. We're writing articles for six months and the price offered per article is a good incentive. I'm really enjoying learning more about fitness as I do my research and I pick up assignments as often as I can.

Right, I think my excuses are actully pretty good.

Hope you are well.