ROAD TRIPS AND A SECRET CONFESSION....SSH


G and her fella were packing up Big Red (as G affectionately named her Dad's car) yesterday, ready for the next stage of their travels. I had a hard time keeping Coco out of it - she luuuuuuvvvvvvvvvvs road trips. Last time I heard, they had a couple of hours to kill before boarding the ferry to Wellington. They decided to hole up in Bed Red with a yummy takeaway and a DVD. Oh to be a kid again. The house sure is quiet without them. 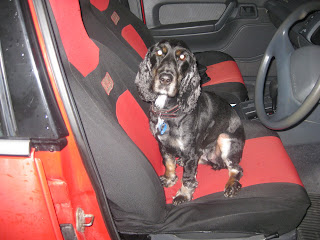 I WONDER IF ANYONE WILL SEE ME HIDING BACK HERE 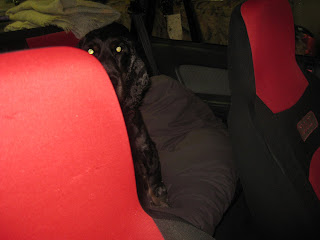 Another shot from our road trip around New Zealand. Many of the roads in the South Island are similar to this one - not a soul in sight, nothing but the road and stunning scenery. Not the best of places to get a flat tyre - which we did. 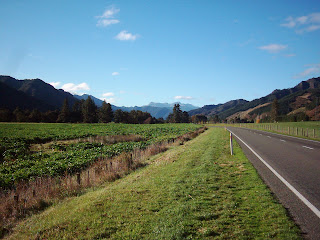 This week's prompt for SS is confession.

My name is KB and I have a CONFESSION to make - I'm a reality TV addict. It's been 24hours since I last viewed. Hehe!

I luuuuuuuuuuuuvvvvvvvvvvvv reality TV. I would sit and watch it for hours if I could. Even if I think it's ridiculous, the voyeur in me is fascinated by being able to view strangers lives.

New Zealand has recently begun screening the spin off to America's NTM. I sat in front of the telly excitedly anticipating the first episode. I was definitely entertained but not in the way the producers would have intended me thinks. I laughed so much I had tears rolling down my cheeks. Let me give you some examples of what you are missing...


A couple of the stick figures (models), are actually quite beautiful...until they open their mouths. After I heard them talk I ran in search of hubby, begging him to tell me that my accent wasn't like theirs.

The first episode entailed much screaming. These girls scream at the drop of a hat. They screamed when they found out they were in the top 13, when they learned they would be travelling to Auckland ( how exotic), when they received their prizes of clothes from Max ( not exactly high fashion).

The show is hosted by Sara. I cringed each time she asked the question,
Who will be New Zealand's first, next top model? What on earth was she trying to say? LMAO! I held my breathe as the models received their first Sara Mail message and let out a huge sigh of relief when it was confirmed they could actually read.

One of the earlier photo shoots was held in the snow. Yikes, how cruel making girls with no meat on their bones, stand half naked in the cold, while people throw snow at them. It seemed the more snow that covered their faces, the more chance they had of winning.

I was horrified when one of the photographers informed a perfectly natural looking 16year old that she could do with losing some weight. During the same episode many of the girls discussed the fact they had put on weight since they had been on the show. I was astounded...where had they put on this weight? On their hair from too many conditioning treatments? Goodness me, I was afraid if the girls stood on the deck at the wrong angle, they would fall down the holes. The producers came to the rescue, delivering gym equipment to the models' door.

My favourite contestant is Teryl Leigh (I think that's how it's spelt), not because of the way she looks but because I love hearing people say her name in that Kiwi twang. It sounds a bit like...Tyralllllllllll - loooy. Every time I hear it, I giggle uncontrollably.

To be fair, not all the contestants are as thick as two short planks and a couple of them are quite stunning. I just hope the programme isn't sold overseas. Viewers will believe NZ is full of malnourished, baby producing girls who can't speak proper English like what I do, hehe.

Nevertheless, I'll be watching again on Friday. Somebody stop me!

Links to Camera Critters, Scenic Sunday and Sunday Scribblings are provided on my sidebar.

Have a fun day/night.